Every town has one, the local-yokel who's always on the scene ready to be interviewed by the evening news. Nottingham is no exception. Meet the Town's Guy at Lampeter-Strasburg High School on November 9-11 when The Somewhat True Tale of Robin Hood opens. 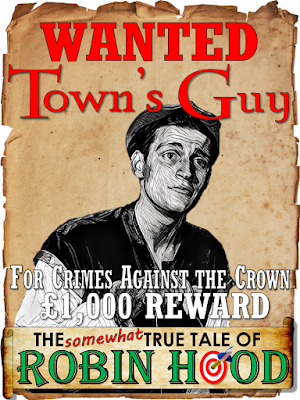 Played by Steven Greenwood, the Town's Guy is a good-natured fellow. He eventually befriends Robin Hood (played by Brendan Massar) and teaches Robin's giant ego a few valuable life lessons along the way.

Interestingly enough, the Town's Guy somehow manages to make his way into every scene, whether he belongs there or not. As the tale's narrator, the Town's Guy helps move the story along adding insight and a bit of stage magic when Robin and his band of Merry Men get into tight spots. 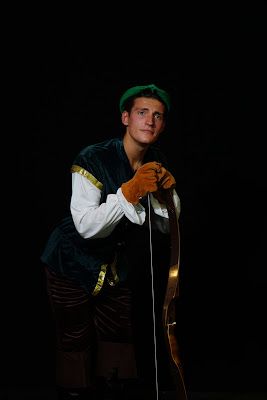