HOCO 2017 huge success with over 700 students in attendance

By LS Pioneer News - October 17, 2017
Last week was Homecoming. The culminating event is the Homecoming dance on Saturday. This year's theme was 1950s LA. There were old vinyl record strung along the walls. There was even free milkshakes. The loud music, friends, and sweet treats more than made a very wonderful HOCO 2k17. 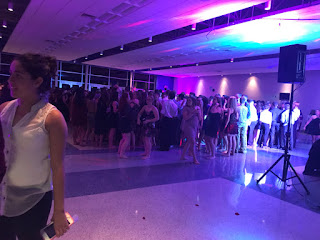 Here are the reactions from several Lampeter-Strasburg students about the Homecoming dance.

Free milkshakes at Homecoming
This Saturday night was homecoming. It started at 7 pm and ended at ten. It was really fun. The song selection was really good songs this year. Plus there were free milkshakes thanks to Ian Buscay the junior class president. Almost 800 people went this year.

It was so much fun!

I got there with all my friends just before seven. When we got inside, we walked up the stairs from the Grand Lobby into a 1950s Los Angeles street theme. I have to admit that I wasn't the biggest fan of the theme but once I saw it all put together I thought it looked awesome. 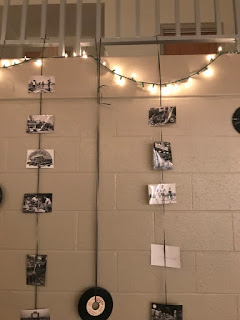 After we got upstairs we went into the cafeteria and started dancing. Three hours later we came out sweating.

Every year during the fall Homecoming takes place. Hundreds of people go into the high school cafeteria and dance the night away. This year Homecoming was on October 14 at 7 o’clock. Before the doors opened, everyone was lined up outside the door anxious to get in. 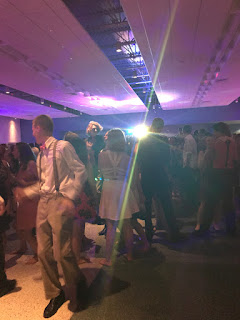 Once everyone entered there were teachers at the bottom of the stairs checking everyone’s tickets. People went upstairs into the cafeteria and immediately took off their shoes and started dancing. I knew the DJ, Gordan Snyder, so I went straight up to him and checked out the playlist.

Once everyone started to dance it became super hot. Everyone got sweaty and gross. Most of the songs were very upbeat and exciting but when the slow songs played all the couples enjoyed dancing with their date.

Throughout the whole night I had to stop dancing a couple times so I could get a drink and cool off. By the end of the night my ears were ringing and sweat was dripping down my back but it was an amazing night and wouldn’t have traded it for anything.

Saturday was homecoming!!! Homecoming is a best dance ever!!
For my first homecoming I went to my friends house to get ready, I went over around 5 pm to get my hair and make-up done. 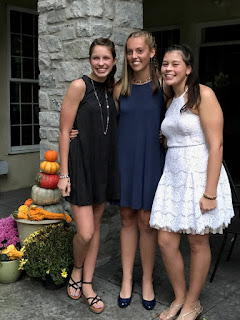 At 6 we drive to Sugarplums and Tea for pictures. It was then that I realize I hadn’t eaten in lunch! So before the dance we stopped at my house so I could get something to eat.

If I had known there were free milkshakes I would have waited. The dance lasted from 7-10 pm. My friends and I were going to leave at 9:30 but we were having so much fun we stayed until the end.

After the dance, we went to Friendly's to meet up with some friends from another school. We stayed there until 11 .