All four girls played amazingly throughout the season and proved to be skilled both on and off the field. To commemorate their four years playing for the Pioneers, both the Varsity and JV teams lined up on either side of the midfield line and gave each girl a round of applause as they, along with both of their parents, walked across the field while a short list of their experiences and achievements were read over the announcer. 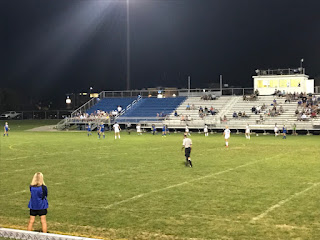 Before these girls got commemorated, however, the Junior Varsity team played against Cocalico in a watered down version of their normal game speed and intensity. Lampeter Strasburg did score the first goal of the game, but Cocalico quickly gained one of their own, ultimately tying the game. 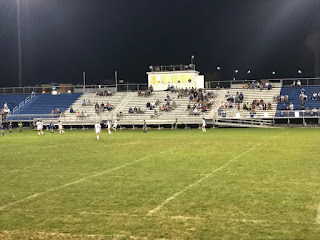 ​​
After the Senior Night ceremony, the Varsity played an intense game. With all of the seniors playing extra hard on both L-S and Cocalico’s teams, the game was extremely tense and the outcome was uncertain. The final minute of the game and still no one had scored, leading everyone to believe that this game would certainly go into overtime.

Fortunately, with 25 seconds left on the clock, Lampeter-Strasburg gained a corner kick. The kick was taken by Lizzy Adams and scored with 10 seconds left by Toby Harnish.


“It’s not about who is on the team, but what you make of what you have”
– Coach Anne Greenfield