By LS Pioneer News - September 05, 2017
The Girls Soccer Team played against the Penn Manor Comets Friday, September . Both teams came to the field searching for a huge win, but of course one went away disappointed. The Junior Varsity lost 2-0 and Varsity 4-3, both unfortunate losses that neither team wanted to face. 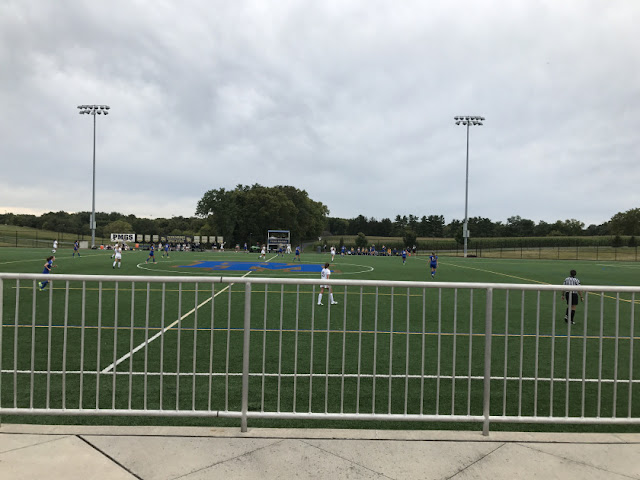 At the Junior Varsity field, the team was down a two midfielders. Sarah and Sofia; Sarah couldn’t make the game and Sofia was out with injury. Although JV was compensated yet again with Olivia, a Varsity goal keeper. They started off strong, though communication and marking was a small issue.

All in all, the first half ended with the score being 1-0 Penn Manor. Unfortunately, the second half saw the loss of both Olivia Vranich and Lauren, just like the previous scrimmage against Catholic. This left JV with only two substitutes which could have been an attribute to JV’s 2-0 loss.

Varsity, on the other hand, seemed to be just about even. L-S scored their first goal within the first ten minutes of the first half, but the next two goals were by Penn Manor, ending the first half at 2-1. Both teams then scored a point in the second half, and it seemed as though Penn Manor would win the game 3-2.

Luckily, in the last five minutes, Kendall, a senior and one of the Varsity captains, scored a goal, tying the game 3-3.

The game went into a ten minute overtime, in which neither team scored, leading to another overtime. In the second overtime Penn Manor shot and the goal keeper managed to deflect the ball, though she didn’t get possession. The ball was in the six and Bella DiCamillo had ran through the shot, leaving the goal only guarded by a single defender against two offenders.

As can be guessed, the Comets scored, winning 4-3 and ending the second overtime with only a few minutes on the clock.

This loss was devastating and unexpected, but the Pioneers tried their hardest and should keep their heads up.

Wish the team good luck on Tuesday against Elizabethtown!