By LS Pioneer News - November 01, 2015
The Lampeter-Strasburg High School Thespian Society presents Rehearsal for Murder on November 12, 13, and 14 at 7 pm in the Lampeter-Strasburg High School Performing Arts Center. Audience members are in for a special treat being able to vote electronically for who they believe the killer is during intermission. You can vote for your favorite suspect here.


While the show is still more than a week away, the LS News' team received a special sneak peak. Here is a brief synopsis with introductions to Rehearsal for Murder’s cast of characters as well as what we believe are each character’s motive for murder.

Synopsis
In a theatre on Broadway, a group of friends gather to remember the failed opening night of a production from one year ago. It was on that night, under the crushing pressure of poor reviews that the leading lady, Monica Welles (played by Ashley Crutcher), committed suicide.

Everyone involved with last year’s production has been brought back by Alex Dennison (played by Joey Shiffer), fiancée of the deceased and a distinguished playwright, under the guise of reading for parts in his new play. Dennison however believes Welles was murdered and has set a trap to catch her killer. 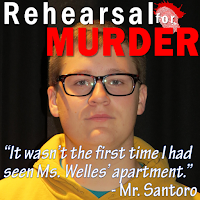 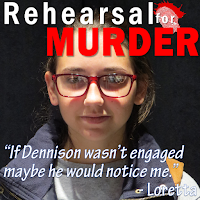 Loretta (played by Samantha Tropp) is the stage manager. She spends her time delivering messages and flowers backstage. Did she also deliver Welles' death? Loretta is obviously less than pleased that Dennison would choose to not watch the show with her backstage. 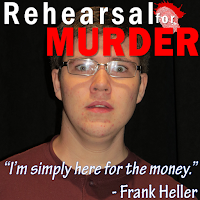 Frank Heller (played by David Johnson) is a mostly out of work actor who Alex Dennison has hired for the evening to help root out the real killer. 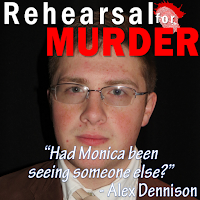 Alex Dennison (played by Joey Shiffer) is a famous Broadway playwright determined to prove the suicide of his fiancée was, in fact, a murder. But perhaps Dennison is pushing too hard. Is he simply trying to shift the focus away from himself? 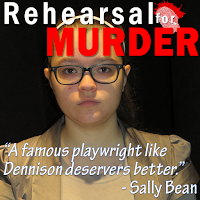 Sally Bean (played by Jordanne Brodersen) is Dennison’s young assistant. Does her loyalty and admiration for the famous playwright extend to secret admirer? Did Bean need to remove Welles from the equation before the couple tied the knot. 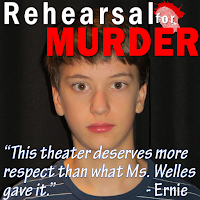 Ernie (played by Logan Emmert) is the theater janitor. He has held the job so long he is practically a fixture in the theater. If so, why is Dennison in such a rush to send him home? What does Ernie know? 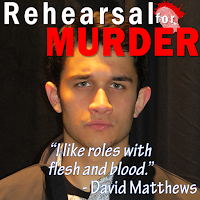 David Matthews (played by Brendan Massar) the serious veteran thespian of the stage who is not quite as talented or as good-looking as he likes to think. Was his rebuffed advances on Welles enough to push him to murder? 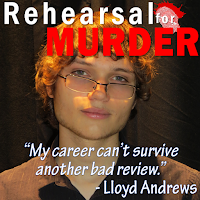 Lloyd Andrews (played by Justin Burkett) the director of Dennison’s failed play. Did Andrews blame Monica for the poor reviews of the opening night’s performance? A director is only as good as his last show. 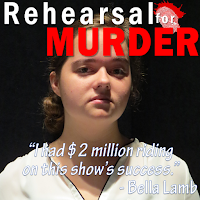 Bella Lamb (play by Cassidy Ingram) is a confident Broadway producer who fronted $2 million for Dennsion’s show. But with poor reviews of Monica’s performance coming in from critics after opening night how was Lamb going to survive the financial loss? 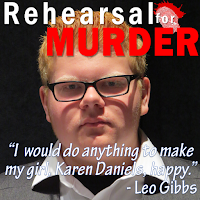 Leo Gibbs (played by Jarrod Lloyd) is Karen Daniels' former boyfriend and obnoxious actor. Did Gibbs murder Welles to give then girlfriend Daniels (and Monica’s understudy) a shot at stardom? 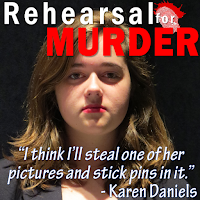 Karen Daniels (played by Samantha Ingram) was Welles’ understudy and unknown actress. With fame and fortune within grasp, did this meek actress become capable of murder to put herself in the spotlight? 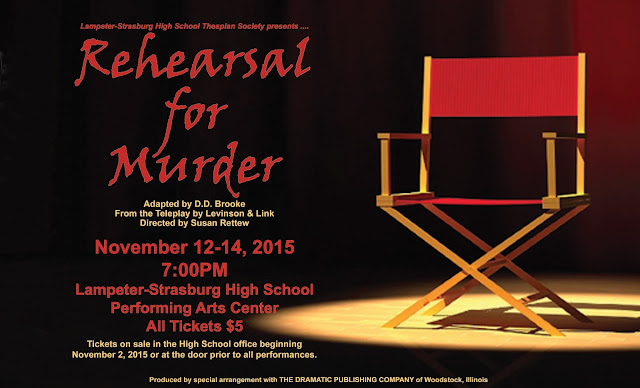