By LS Pioneer News - October 13, 2017
Yesterday, the students of Lampeter-Strasburg High School packed into the competition gym in large streams of red, white, blue, and black. It was time for the pep rally and each grade wore their designated color. In preparation for the big homecoming football game on Friday, students cheered and laughed at the many exciting events. 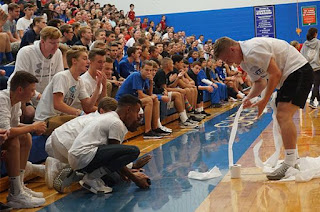 The pep rally is a big event every year before homecoming where the grades compete in events such as minute long challenges, relay races, and basketball. The grade that wins each event is awarded spirit points for their grade. These points are also awarded for wearing the certain cloths every day of the week. Students wear things such as hawaiian clothes, school colors, and red, white, and blue to earn points.

During the rally, the fall sport teams were introduced one by one and walked around the gym. After that, the games began. All while the marching band was playing exciting tunes. 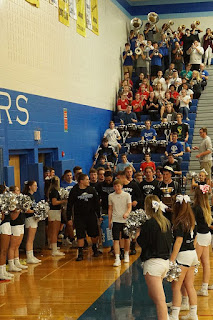 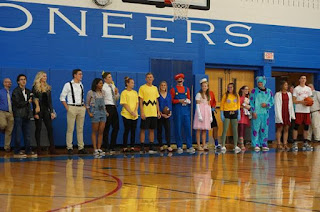 First we saw the relay races. First one person had to pop balloons by sitting on them, the next person jump roped up and down the court, the third person carried a ping pong ball on a spoon across the gym, and finally two people did a three-legged walk to the other side of the gym. The minute long challenges went by fast including unrolling toilet paper and shaking pingpong balls from a tissue box. 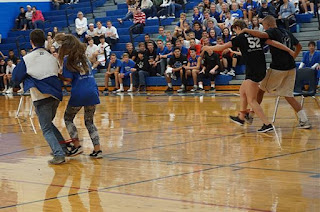 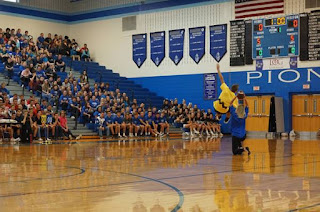