September Student of the Month and Pioneer Superlatives announced 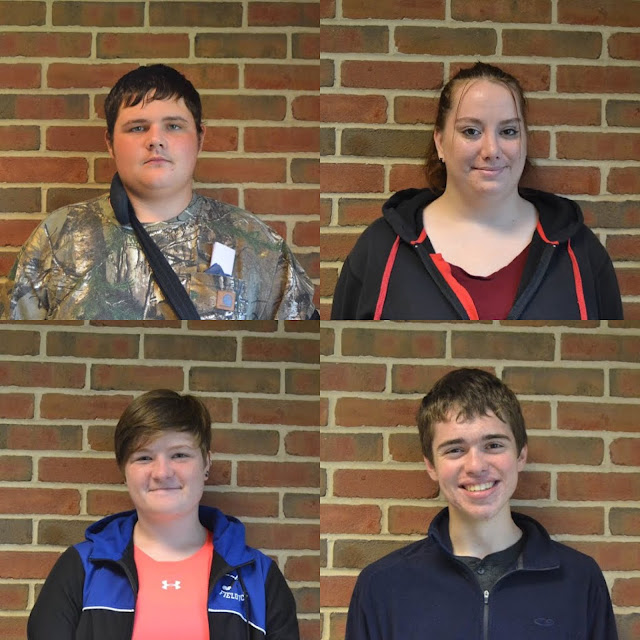 Congratulations to Andrew Cox, Amber Kemper, Autumn Peters, and Benjamin Pontz for being named as the September Students of the Month and Pioneer Superlatives.

Autumn Peters (Pioneer Superlative) is a junior and the daughter of Mr. and Mrs. Edward Peters of Lancaster. At LSHS she is a member of the varsity field hockey team, concert band, and the full orchestra. She earned a varsity letter in field hockey and has been a member of the honor roll and distinguished honor roll throughout high school. Autumn attends church and plays club field hockey on the Lanco Premier team. She enjoys playing field hockey and the arts and plans to study marine biology or forensic chemistry in college.

Benjamin Pontz (Pioneer Superlative) is a senior and the son of Mr. and Mrs. Robert Pontz of Strasburg. Ben is the marching band’s senior drum major, president of concert band, captain of the Quiz Bowl team, and co-founder/editor-in-chief of LSNews.org, the online student newspaper. He is also a member of the orchestra, pit orchestra, Model UN, National Honor Society, and the High School Heroes Program. Ben is a National Merit Scholarship Semifinalist, a social studies Burrowes Scholar in grades 8 and 11, a Hugh O’Brian Youth Leadership Seminar representative, and most recently the recipient of the Daughters of the American Revolution Good Citizen of the Year award, as voted on by the senior class. This summer, Ben was named an Eagle Scout and he subsequently earned a Bronze Palm. He is also a member of the Order of the Arrow. He serves as a Sunday school teacher and tech-team member at church and as a staff writer for LNP’s Generation Next section. Ben is an avid Wikipedia editor, site administrator and co-editor-in-chief of a community newspaper. He enjoys watching sports and playing fantasy football and dabbles in arranging music for wind ensembles. Ben does not have a specific career goal in mind at this time, but plans to focus his studies in the liberal arts/social sciences realm.

Amber Kemper (Student of the Month) is a senior and the daughter of Mrs. Anne Walter of Willow Street. She enjoys babysitting for friends and relatives, playing computer games, spending time with friends, and going for walks. Amber aspires to work as a counselor or in childcare.

Andrew Cox (Student of the Month) is a junior and the son of Mr. and Mrs. Michael Cox of Lancaster. Andrew is a member of the FFA and a tackle for the football team. He serves the community as a member of the Lampeter Fire Company and enjoys fishing and mudding. He plans to work for a year after graduation before joining the United States Navy in the ordnance division.

Pioneer Superlatives are students who consistently perform excellent work in and out of the classroom. Students of the Month are students who have dramatically improved their performance from previous experiences and/or who perform well despite adversity.

Both Pioneer Superlatives and Students of the Month are nominated by the Lampeter-Strasburg High School faculty and staff.